Many of the images which are particularly technically flawed are expected to be among the most coveted when the collection is sold by his son Andrey, who is also his archivist, at Bonhams auction house in October. Blurry, hazed with light spill, or with colour fading into watercolour softness, they have the eerie haunted atmosphere of many of the director’s own films – and many directly echo frames from his works. 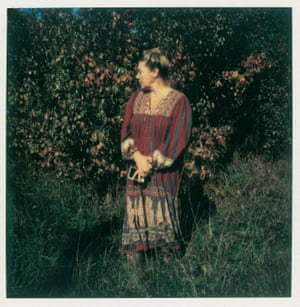 Facebook Twitter Pinterest “These photographs were intensely personal to him,” Daria Chernenko, head of the Russian art department at Bonhams, said. “Once he discovered the Polaroid camera, friends recall him with it always in his hand. And his son told me that when his father travelled, he carried the entire collection of Polaroids with him everywhere he went. Every image was personally chosen: some are quite misty, but they are ones he wanted to keep – as he took them, he routinely burned the ones he was dissatisfied with.” 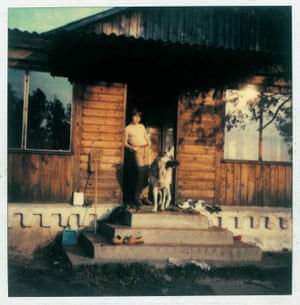 Facebook Twitter Pinterest His scriptwriter, Tonino Guerra, wrote in an introduction to an album of the photographs published in 2006: “Tarkovsky often reflected on the way that time flies, and this is precisely what he wanted: to stop it, even with these quick Polaroid shots.”

Tarkovsky’s films, including Ivan’s Childhood, Solaris, Mirror and Stalker, were heaped with international awards and worshipped by many other directors. Ingmar Bergman described him as “the greatest”, and Danish director Lars Von Trier dedicated his film Antichrist to him, saying in a recent interview: “It’s the closest I’ve got to a religion – to me he is God.” But Tarkovsky had endless problems with the Soviet authorities over funding, distribution and censorship. 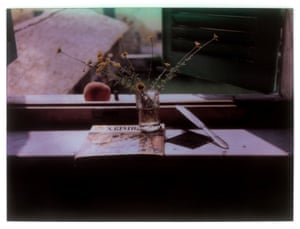 Facebook Twitter Pinterest He died in self-imposed exile in 1986, aged just 54 – leading some to suggest he was murdered. He was buried in Paris in the Russian section of the Sainte Geneviève cemetery, under a memorial created by the sculptor Ernst Neizvestny, inscribed in Russian “To the man who saw the angel”.


The film historian Mark Le Fanu described Tarkovsky’s adoption of the Polaroid camera as “an addiction”. He said: “There was something about the way that the camera gave an instant image of the view being photographed that he found propitious, and useful, for his task of location hunting. That, and the fact that he liked their saturated but at the same time diffused (and ever so slightly ‘retro’) colour reproduction, which gave to each of the stills an air of mystery.” 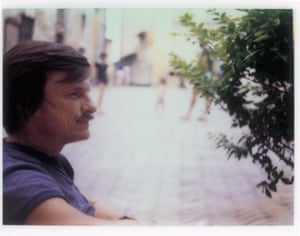 Facebook Twitter Pinterest The 257 Polaroids are being sold in 29 lots, which it is estimated could sell in total for up to £500,000. Chernenko said his son’s decision to split the collection into themed lots was because the whole collection was likely to be too expensive for the many enthusiasts who would like to acquire some of the photographs.

• The photographs will go on display at Bonhams in London from 2 October, before the sale on 6 October.