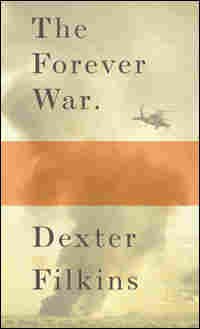 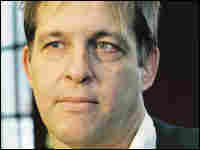 Dexter Filkins was nominated for a Pulitzer Prize in 2002 for his reports from Afghanistan for The New York Times. He has been reporting from Iraq for the newspaper since 2004. J.D. Sloan hide caption

To classify The Forever War as a work of literature instead of, say, as a piece of "war correspondence," is not to denigrate its journalistic integrity. Dexter Filkins' reporting is as rigorous in this book's informal vignettes and essays as it was when he delivered the daily news from Afghanistan and Iraq for The New York Times.

The Forever War, though, deserves to be considered alongside long-praised and similarly structured modern literary classics such as Tim O'Brien's The Things They Carried and Sandra Cisneros' The House on Mango Street — books that achieved their raw force and nightmarish beauty by mixing elements of fiction and creative nonfiction. That The Forever War is, front to back, a true story, is a testament to Filkins' literary talent and extraordinary accomplishment.

Don't look here for an explanation of "How the war was lost" or even of "How the war reporter's innocence was lost." Filkins, as he notes in his epilogue, writes from the impossibly limiting perspective of one who's Been There. For those who haven't Been There, then, The Forever War's narrator can sometimes come across as inhumanly cold and unlikable. That's because Filkins is incapable of placing himself into a fake, pre-war personality in order to persuade his readers that he's not the Iceman but is, in fact, as outraged with things as they are.

But this is the point. Filkins' shell-shocked, haunting ennui carries readers through The Forever War and its slaughterhouse imagery with a matter-of-fact bluntness that's difficult to sentimentalize. He writes of one soldier: "His face was shredded like hamburger but he'd worn his goggles and his eyes were beaming bright and wide."