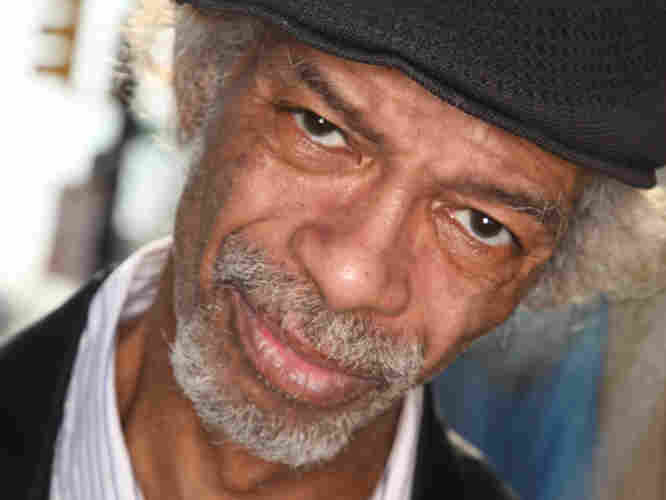 Gil Scott-Heron died Friday afternoon in New York, his book publisher reported. He was 62. The influential poet and musician is often credited with being one of the progenitors of hip-hop, and is best known for the spoken-word piece "The Revolution Will Not Be Televised."

Gil Scott-Heron Makes A Striking Return Scott-Heron was born in Chicago in 1949. He spent his early years in Jackson, Tenn., attended high school in The Bronx, and spent time at Pennsylvania's Lincoln University before settling in Manhattan. His recording career began in 1970 with the album Small Talk at 125th and Lenox, which featured the first version of "The Revolution Will Not Be Televised." The track has since been referenced and parodied extensively in pop culture.

Scott-Heron continued to record through the 1970s and early '80s, before taking a lengthy hiatus. He briefly returned to the studio for 1994's Spirits. That album featured the track "Message to the Messengers," in which Scott-Heron cautions the hip-hop generation that arose in his absence to use its newfound power responsibly. He has been cited as a key influence by many in the hip-hop community — such as rapper-producer Kanye West, who closed his platinum-selling 2010 album My Beautiful Dark Twisted Fantasy with a track built around a sample of Scott-Heron's voice.