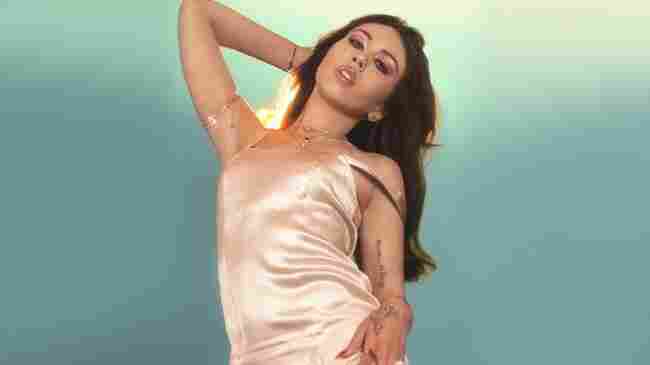 Enlarge this image Kali Uchis' "After The Storm" pulls from funk influences and finds the singer right in her groove.

It has been known that Kali Uchis and ...org/artists/137321239/tyler-the-creator">Tyler, The Creator are dynamite on a track together. Tyler's gravel-gargled rhymes alongside her peachy-sweet tone just work perfectly. But with the singer's debut album on the way, Uchis is diversifying her sound with the infusion of some funk.

The Colombia-born siren floats on her latest track, "After The Storm," with significant assists from both Tyler and funk music legend Bootsy Collins. Uchis compels her fans, as well as herself, to be their own knight in shining armor on the BADBADNOTGOOD-produced track. The slow-burning banger sounds like something straight out of a smoky '70s melodrama.

"If you need a hero / Just look in the mirror," Kali sings, with Bootsy peppering in supporting vocals and ad libs.

Tyler, The Creator serves up his guest verse with syncopated accuracy, adding a reference to his Flower Boy album in the process — a project where he recently expanded his own artistic scope.

Prior to creating the song, Uchis connected with Bootsy via Twitter and made a trip to his Ohio studio (where it was recorded).