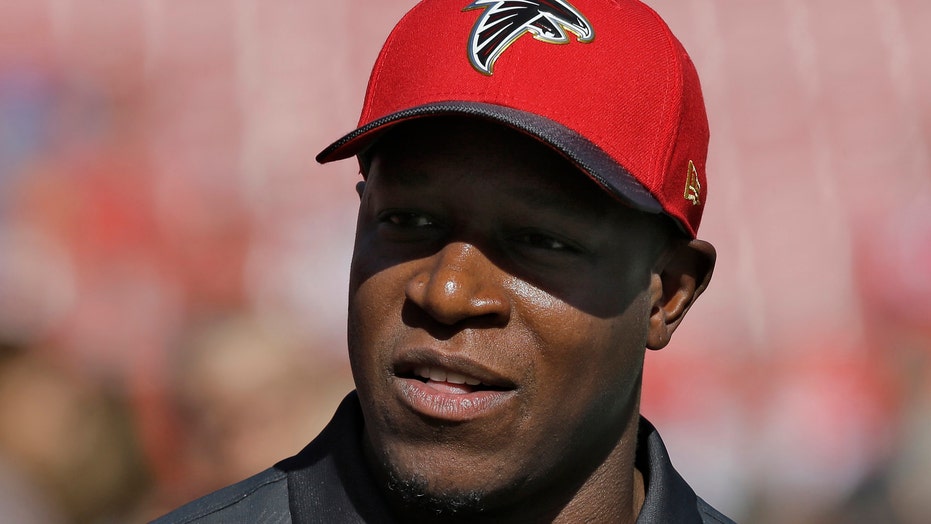 But Atlanta Falcons interim head coach Raheem Morris believes Sunday’s heartbreaking loss against the Detroit Lions began with his decision not to take a knee at the 10-yard line.

JERRY JONES: COWBOYS CUT DONTARI POE OVER WEIGHT AND PERFORMANCE, NOT NATIONAL ANTHEM KNEELING  “I said this before and I’ll say it again, I feel like I made the mistake for putting Todd (Gurley) in that spot,” Morris said Wednesday, via The Atlanta Journal-Constitution. “It’s a little harder probably than me and you think to stop from going in. Obviously, it is. ... I made a bad decision from the 10-yard line to give him the ball thinking he could stop before he got there.”

The Atlanta Journal-Constitution NFL Films released footage of the huddle on Wednesday showing that the quarterback did in fact tell Gurley not to run the ball into the end zone.

MICHIGAN-MICHIGAN STATE RENEW RIVALRY ONO BIG NOON SATURDAY The Lions, clearing wanting the ball back, parted ways and let the veteran running back go right through the pileup and a charging Gurley was unable to stop in time.

“Probably should have put the ball in Matt Ryan’s hands and took the knee, like I said before,” Morris continued. “That’s probably the biggest regret from the game. … I know I’ve said that clearly to (the media). I’ve said it clearly to the team. Moving forward, we won’t make that mistake again.”

Offensive coordinator Dirk Koetter seemed to put the blame on Morris as well, saying the responsibility shouldn’t be on players not to score.

“Maybe instead of not scoring, the thing you practice is getting the ball where your kicker wants it and taking a knee,” he said, via AJC. “That’s the alternative there. That’s what you practice.”

CLICK HERE TO GET MORE SPORTS COVERAGE ON FOXNEWS.COM

CLICK HERE TO GET MORE SPORTS COVERAGE ON FOXNEWS.COM Gurley can be heard in the video acknowledging Ryan’s call but after the game he said it was the “momentum” that carried him in.