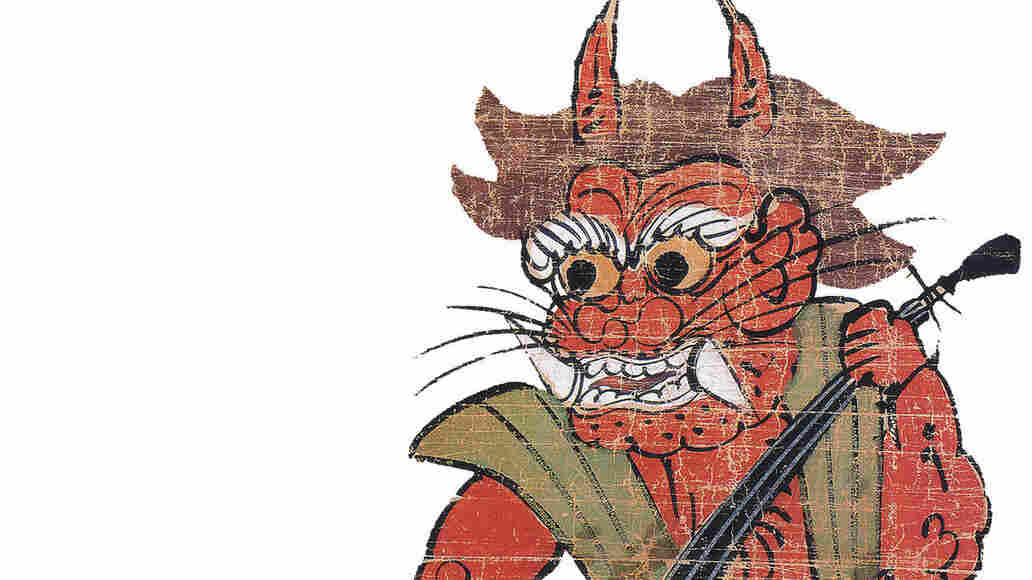 Listen to this playlist on <...trong>Spotify or Apple Music.

Spotify Apple Music Between recent columns on Aquarius Records and the Nurse With Wound List, Viking's Choice has been uncharacteristically nostalgic lately, specifically for the music discovered while I was a DJ and music director for the student-run WUOG, from 2001-2006. After my punk/emo/hardcore years of high school, college was where I grew exponentially as a listener. In short, that's when it all got weird.

Follow Viking's Choice On Spotify And Apple Music Koenjihyakkei's 2005 album Angherr Shisspa, which just received a nice-looking reissue via Skin Graft Records, hit exactly when the ellipsoidal prog-rock of King Crimson, Magma and Soft Machine all clicked into place for me. Led by the outrageously prolific Japanese drummer/composer Tatsuya Yoshida, Koenjihyakkei took punk and prog-rock to the opera house for an immaculately arranged mosh pit. Just listen to that opening cut, a seven-minute thrill ride of distorted funk-bass and Thelonious Monk-style piano poundage, as woodwinds and a chorus of voices engage a death-defying high-wire act over hyperactive drums at a fast, power-chord pace.

via Skin Graft Records Angherr Shisspa (Revisited) by Koenjihyakkei 高円寺百景 Angherr Shisspa is a bonkers display of instrumental and vocal prowess, but for all its alien energy, doesn't feel like homework. "Grahbem Jorgazz," in its freak-jazz circus mania, sounds like it could soundtrack an underground level of Super Mario Bros. "Fettim Paillu" opens as an aria before putting a little skronk stank on it. The title track pits a mournful melody against pumped-up synths in a way that feels contemporaneous to the electro-euphoria that Dan Deacon was beginning to woodshed around that time. Koenjihyakkei actively made this nutzoid music simultaneously challenging and fun.

While this week's Bandcamp picks — and accompanying playlist — don't have much to do with Japanese prog-rock, there is a sense of finding the hook within wild sound. (Note: Some of these tracks can only be found on Bandcamp.)

Depending on your ear, the Beijing-based guitar-and-bass duo could sound like The Feelies' stuttering post-punk, Bo Diddley's rock and roll boogie or Tinariwen's droning desert blues. But this unplaceable sound and drummer-less format encourages Gong Gong Gong's reckless and razor-sharp rhythms to reshape rock and roll.

Phantom Rhythm 幽靈節奏 (幽霊リズム) by Gong Gong Gong 工工工 Lacing may obscure Joe Davenport's voice under a cirrostratus cloud of noise, but a sweet, cooing melody bursts through the oh-so-heavy shoegaze. The Chattanooga band flexes that sense of tunefulness in a surprisingly varied series of remixes for "92," everything from droopy dubstep to New Order-esque pop.

Mirror in Darkness by Serpent Column Mathy music with an elastic groove that's got me in my feels. Yeah, this Austin band features some guitar-tappin' wizardry and a rubbery rhythm section on par with toe and Tera Melos, but has got a big dang heart pumping full of blood. (Also, killer use of marimba.)

Diamonds by Yao Bobby & Simon Grab Yet another transformation for the French band that makes a habit of pushing the corners of black metal, this time throwing some anthemic power behind Gothic cathedral-sized awe.

Here Behold Your Own by Mára