With no recorded dissents, the justices denied review of a 9-0 decision by the state Commission on Judicial Performance last June ordering Johnson’s removal from the Second District Court of Appeal in Los Angeles, where he had served since 2009.

decision by the state Commission on Judicial Performance “Justice Johnson’s misconduct has severely...tarnished the esteem of the judiciary in the eyes of the public,” the commission said. “Given his lack of candor during this proceeding, we do not have confidence that he has the fundamental qualities of honesty and integrity required of a judge.”

The commission, established in 1960, has removed 12 trial judges from the bench but had never previously ordered an appellate justice to step down. The state Supreme Court has final authority over the disciplinary orders. 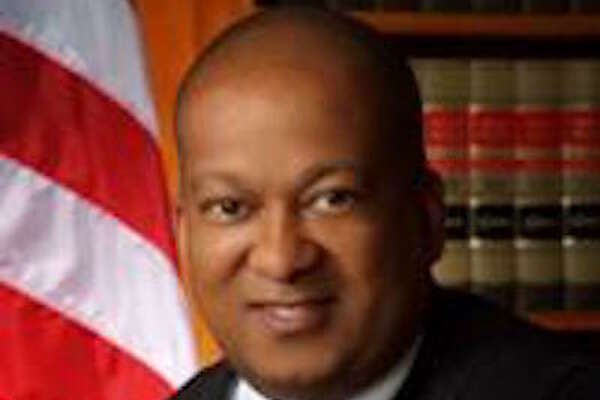 Another justice on the court, Victoria Chaney, testified that Johnson first told her that he wanted to have an affair with her in 2010, then approached her after a difficult hearing a few months later and told her he wanted to kiss and squeeze her breasts to make her feel better. He then hugged her and touched one of her breasts, she said.

Johnson gave her similar “full-body” hugs over the years and sometimes patted her on the buttocks while they were walking to the courtroom, Chaney told the commission. She said she did not invite the contact but never told Johnson to stop because she “was and am afraid of him.”

The commission said Chaney’s outwardly friendly treatment of Johnson seemed “odd and hard to explain,” but her allegations were credible and supported by complaints from 10 other women.

One woman, Chaney’s judicial assistant, said Johnson made sexually suggestive remarks to her for five years. Another, an attorney, said Johnson reached under a table at a dinner and put his hand under her dress. Another lawyer said the justice suggested at dinner that she put her mouth or hand on his penis.

In appealing the commission’s order of removal, Johnson and his lawyers said he had never committed any “willful misconduct” and was a highly regarded justice with no previous record of discipline.

“This decision deprives the public of a diverse jurist who is universally acknowledged to be a brilliant and exceptionally fair judicial officer,” Paul S. Meyer, an attorney for Johnson, said Wednesday.