California had the nation’s worst migration growth ranking last year, with the largest net loss of one-way U-Haul trucks crossing its border in 2020, the rental company reported Monday. Arrivals to California accounted for about 49.4% of total traffic, down from 49.8% in 2019. California slid down a spot to claim the No. 50 ranking from Illinois, which moved up to 49th from 2019.

...-Ranks-50-States-By-Migration-Growth/">worst migration growth ranking U-Haul used data from more than 2 million transactions annually to analyze migration trends, and found that more people left densely populated areas when the pandemic hit, particularly in the Bay Area and New York City. In March, more U-Haul trucks departed all of the 30 most populated U.S. cities than arrived over the subsequent three months.

In 2019, slightly more U-Haul trucks arrived in San Francisco than left, but in 2020, departures made up a whopping 58% of all one-way U-Haul traffic from March to June. Ratios were similar in Oakland and San Jose. And U-Haul said the numbers likely would have been worse if more trucks had been available to rent.

Across the Bay Area, arrivals declined 31% year-over-year from March to December, while departures fell by just 12%, creating the overall migration gap. 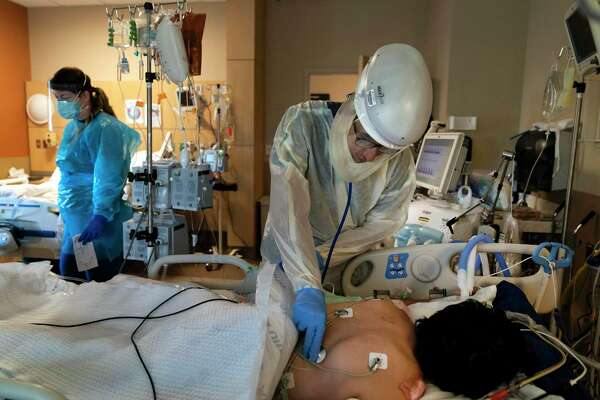 California has been near or at the bottom of the U.S. migration rankings since U-Haul began releasing them in 2016. Victor Vanegas, area district vice president for U-Haul, said in a statement that the high cost of living in the Bay Area has driven a fairly high number of departures, but the pandemic exacerbated the trend.

“We definitely saw an increase in outflow migration out of the general Bay Area and Northern California area,” he said. “But COVID definitely drove that exponentially higher than usual.”

He said the stay-at-home order in March halted many moves, but things started to pick up again later in the year.

According to U-Haul, the top destinations for its customers leaving the Bay Area during the pandemic were the Sacramento/Roseville area, Stockton and San Diego. Beyond the Golden State’s borders, the most popular destinations were Reno, Las Vegas, Portland, Phoenix and Seattle.

As for the 10 most popular states for people leaving the Bay Area, No. 1 was California (cities outside the region), followed by Nevada, Arizona, Oregon, Washington, Colorado, Texas, Utah, Idaho and New Mexico.

At the other end of the state rankings from California, Tennessee bumped Texas to take the No. 1 spot for arrivals. Texas was the leading growth state from 2016-18 but slipped to No. 2. Rounding out the top five were Florida, Ohio and Arizona.

U-Haul said the migration trends don’t correlate directly to population or economic growth, but rather serve as a gauge showing how well cities and states are attracting and maintaining residents.